it has been a busy june in hong kong. while cramped an occasional irrelevant post like the bread post into the fin-du-mois line up, this one jolted the hong kong protests aside as  june 2019 marks the 50th anniversary of of the stonewall uprising. the struggle is far from over if one looks at the gender, social, economic, racial, etc. discrimination directed at lgbqtsti people, still rampant and sometimes vicious. 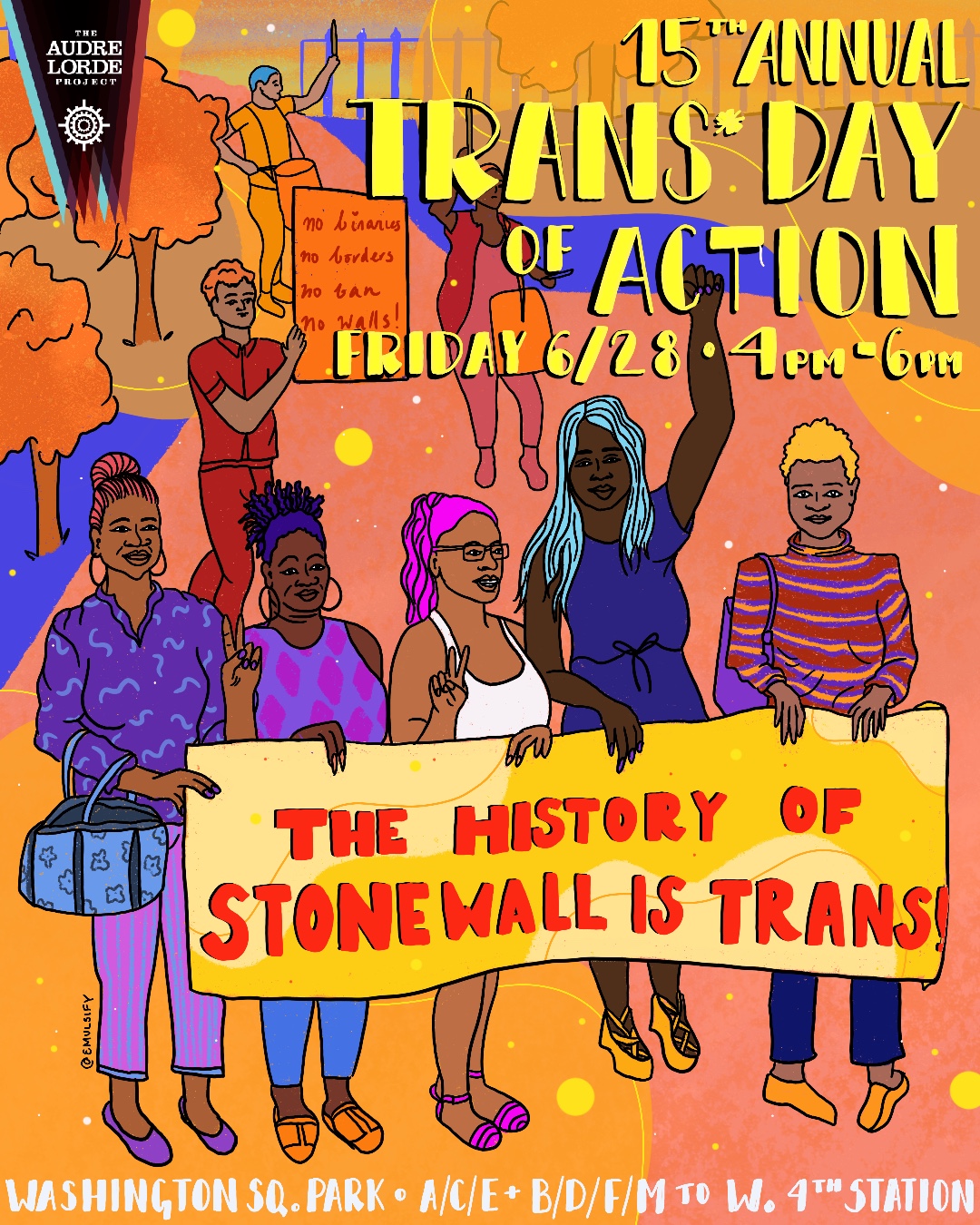 just like the poster of audre lorde project reads “the history of stonewall is trans”, and to that we should add people of color (i.e. latina/o/x, africans/blacks in usa’s problematic lingo) as a substantial number of them were  among those courageous enough  to revolt against the police raid.

as with many movements, those who pushed through the front line, the most radical, the most marginalized did not see or had benefited minimally from the fruits of their struggle. sylvia rivera actually had relaunched street transvestite action revolutionaries  (S.T.A.R.) a year or so before the end of her life, if that’s benchmark to show how much and at the same time how little had been achieved, for the marginalized within the margins of the lgbtqtsti people.

with corporate pride events choking major cities, let’s not forget the trailblazers, the most discriminated among the discriminated, the STARS that they are, twinkling in the distance with their blessings. on the 50th anniversary of stonewall and looking ahead for lgbtqtsti rights, we need their visionary lights to guide as in the never ending quest for social and economic justice.

grounding today with reflections from the past

I didn’t really know what the fuss was about when Lady Gaga performed at the Grammy Awards emerging from the “egg”. Almost, a month later when I got to listen to the number “Born This Way”, only then I realised it is better than many of the boring recorded videos for the “It gets better” campaign in the USA amidst a serious teenage and adolescence suicides as a result of homophobia bullying. Further reading of comments people accused Gaga of plagerism and that. At the first glance, the video obviously had various connections or tributes to personalities I could think of. The queen, monster kinda birth and rebirth and beginning reminded me of the Alien series of movies. The Choreography, whether at the video or the Grammy Awards bear distant recollection of the zombie dance of Micheal Jackson’s thriller. Gaga’s long-hair blonde attire and the musical arrangement towards the the ends hinted some “Express yourself” or blond ambition tour of Madonna fame. Various inspirations, perhaps, not outright coping, no, I don’t think so, converge into the final song. At the end of the day, many religiously “insecure” people probably got offended. I could imagine Gaga as the kid couldn’t quite fit in in high school. But then for that matter I imagine her or Avril Lavigne much more appealing than teen idols like Spears or Aguilera…
Gaga was hardly beautiful gal in either the video or the Grammy performance, but if this talented outcast could make it to a big star, she serves very appropriately a role model for the bullied or teased.

recemment 不久以前 not long ago